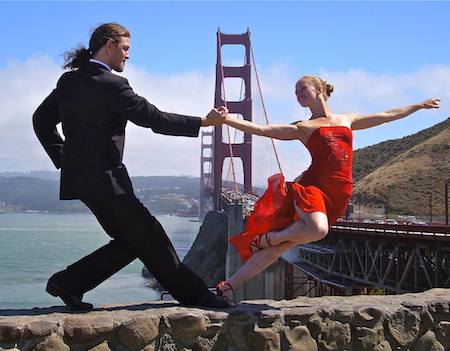 Project Tango is one of the many experiments Alphabet has. In short, is a tablet with extra sensors that enables it to have enhanced functionality no other tablet (or computer) has. Specifically it can sense the world around the device (it did it way before HoloLens was announced), and with this information, it can offer experiences not easily available on the mobile world, or at least not as precise. One of the most interesting features of tango is its ability to measure the environment around the tablet, by doing this, using a metric tape is a thing of the past. Only by doing this feat is enough to justify is development and deployment for thousand of potential customers. And that’s just one of the many feature it has.

Up until now, Tango was just available in the USA, but is now becoming available in more countries, so to be part of the experiment. Hmmmm … when and where did we see that same behavior from Google? Ohh yes, Glass, and we know what happened with Glass. And to Wave, Reader, and lately to Google+, etc.

Like any entrepreneurship, Google became successful because of the perseverance of its founders (Page & Brin). Ironically, this perseverance that they had initially, seems to be lost in the -now- corporate culture of Google. Many of it’s latest products seems a hit, but because they’re not an immediate hit, or the volumes are not big enough for a company the size of Google, those experiments are killed. The latest proposal of this lack of commitment is Google Photos. Now, Google expects its users to turn away from photos in Google+ and use Photos as an standalone in Google. It’s a free product, so we can complain little, at the same time, why bother doing it, while they might kill it in some years because it might not catch the necessary traction for Google to maintain it alive.

On our side, we would love to experiment with Tango, however we’re very hesitant to invest in such an endeavor just for the sake of experimenting. It’s simply too expensive to try. We’re not talking about the device itself, man power is the biggest drag here.

In any case, we’ll continue to closely watch the development of tango, as with Meta, HoloLens, Oculus, Gear and many others of the current experimental products, none of which is available to the public (i.e. consumers) yet, which makes it hard to justify embracing the development for it. It takes two to tango.