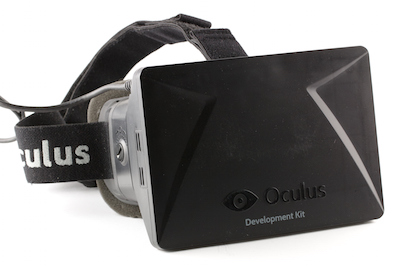 Each time a new technology is introduced, concerns are raised on the effect on us as human beings. When the locomotive railroads were new, many people had doubts of the effects on the human body to travel at those “fast” speeds (60 KM/h?) the new technology offered. Eventually we learned that no such thing happened. That’s not to say new technologies doesn’t have effect on us, planes can be uncomfortable to some people, diving and going out of space puts the human body in places it can’t survive without the aid of machines and technology. Point is, yes, new technologies could have an impact on human beings.

Since the inception of cinema, it has been natural to try to replicate stereoscopic vision (a.k.a 3D) and projection, because we humans see in 3D. If you still don’t grasp this concept or you think it’s silly, it is not. 3D gives us depth, with depth information we know how far our surroundings are. That’s how we know -without thinking a lot- how much we have to extend our arm to grab the cup of coffee. If you didn’t have stereoscopic vision, that simple task will be a guessing chore. Imagine doing everything in between! From walking to driving.

So far, for movies and TV, 2D projection (no depth displayed) has been fine. Besides, recreating the 3D experience had turned out to be not as easy, specially because it has uncomfortable effects on some people. Which brings us to virtual reality and Oculus.

VR by nature is immersive, which means your sound and vision senses should be surrounded by your VR experience. And here is where the problems begins. For comparison, a plane simulator is the -currently- ultimate VR experience. While on it, the person believes is inside a plane, with everything that comes with it. Notice an plane simulador, moves with the images, so your body adjust as such.

The objective and practicality of current VR devices like Oculus, only allow for immersion of your eyes and ears. That’s it. Recently we mentioned we had the opportunity to try the Oculus Rift. When using it, as long as you move your head, it’s a very nice experience and the possibilities are endless. However, as soon as you use this button on the controller:

Your brain gets confused and motion sickness (nausea and related) starts to kick in. Why? Because that horizontal/vertical movement, moves you on the VR world, the images display that, but your other senses do not register this movement, because indeed you’re not. That’s why the brain get confused, it’s registering movement with vision (~80% of brain processing task), but the other senses are not sending any signals. As a defensive measure, the brain triggers nausea or dizziness feeling as a way to tell you: stop what you’re doing, I (brain) don’t know how to handle this.

Some people suffer from this immediately, others start to kick in after 5 min, others after hours of using it, regardless it will happen. And lets not go into the grid image phenomenon.

Fortunately Oculus is aware of the situation and they’re adapting the software in order for motion sickness to be minimized or eliminated completely (your mileage may vary).

However, everything is not resolved yet. VR appears to be one of the first technologies humans beings have invented, that fools the brains. And that’s where the risk begins. You see, we humans learn stereoscopic vision with time. As we grow up, our brains wires and develops the sense of depth necessary to acquire 3D vision, this process takes several YEARS up until -maybe- the teen years. This means 3D & VR shouldn’t be experienced by children, specially not now that technology is too new and not refined. As children are still developing the depth sense, using a VR device or watching a 3D movie on TV, will alter their current learning curve. The effect might be that their brain starts to think THOSE images are the true 3D and not the real world. As always, it depends on the amount of use. On the adult side, their brain is already developed, the VR/3D experience will alter the brain, however as soon they leave the experience, the brain falls back to all those years of normal viewing.

Bear in mind there’s no hard prove that VR/3D has damaging effect on the brain of children, however judging by our experience, it is not unreasonable to think it can affect them. Also, motion sickness is not exclusive to the Oculus Rift. Motion sickness is a consequence of any VR experience, since Oculus is on the forefront of the VR world, Rift is the product raising the issue, but by all means it will not be the only one.

As always, caution and moderate use should prevail. We are really hopeful all these limitations are fixed in order to enjoy these rich immersive experiences VR will offer!