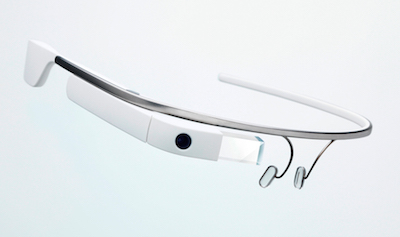 Many of us followers and participants of the AR environment followed closely the developments of Google Glass, as it was one of the bastions for expanding AR reach. So, it came as little surprise to us when we heard that this current version of Google Glass was being killed. Google gave it the spin of graduating it from Google X, which might be true, but in the end is was a failure from their part.

Of course, in hindsight everything is 20/20, nevertheless, we’ll try to identify what went wrong with this still -promising- product. Lets start by saying that lately Google hasn’t had that many home runs or successes (I’m looking at you Google+), but this is a matter of perception. After all, the company has had some of their moonshots become a reality like: web search, Android, Fiber, Youtube, Gmail, etc. It’s easy to point the finger to the failures, but lets not forget these potential failures could have been tried in the first place, thanks for the other products that are still a successful achievement.

As any entrepreneur knows, ideas are not important, what’s important is execution. For those not grasping that concept,

execution is turning an idea into a reality

For this case, turning Glass into a consumer product was the end of the execution. I bring consumer product because that was one of the first mistakes. Initially Google mentioned Glass was an experiment, later to say it was going to be available at the beginning of 2014 to later move this date to the end, to finally cancelling the whole project. Had Google always maintained the current version of Glass was an experiment and stick to it until it was really ready, the reaction to it’s cancelling would have been different.

Did they try to bring it to the consumer space?

Yes of course! Google being aware that Glass and wearables is about fashion, teamed up with Luxottica (the world’s biggest eyewear manufacturer). Lets not forget that famous fashion show:

An smart move indeed. The Luxottica/Google partnership was intended so Glass had a fashion design angle. Naturally such a partnership wouldn’t have happened had Google didn’t intent to release the product to the masses.

However, during the journey, some unforeseen technical difficulties happened. You see, most smartphone devices available are built on top of a chip set from some manufacturer. Google Glass was based on Texas Instruments OMAP 4430 chipset. The manufacturers of the chipset are the ones responsible for developing the software which eventually will allow Android (in this case) to use that chipset and work as a complete device. Well, Texas Instrument decided to get out of the mobile business, effectively killing all support for their products in this area, which includes the OMAP 4430. When that happen, Glass was left out floating with no future support for Android, even though Google is the one making Android itself (you can see how these things get complicated).

The previous was a big blow because it meant remaking Glass from scratch. But, it couldn’t had been a big deal as Google -at that time- could have communicated this clearly and since -at that time- the product was still an official experiment, it wouldn’t have been a big deal, just a delay. But, that announcement didn’t happened, which became a black hole.

On top of that, some people in-charge of Glass were living a Soap opera that made a collateral damage on the deployment of Glass.

So here we are

At least, Google has been wise and strong enough to admit failure from this episode and re-assign the project to a veteran product maker: Tony Fadell, who among his achievements are the iPhone and NEST thermostats. First order of business from his team was:

Scrap everything, built from scratch

They also said, that they will announce a new Glass when is really ready. This new glass will be based on the Intel mobile platform, which -for sure- will have a more stable and guarantee support than the one with TI.

It was possible that by the end of 2014 Google was thinking of killing Glass completely and move on, but by January 2015 Microsoft came big with HoloLens, a move that might have forced Google to reconsider on continuing developing for Glass.

We’ll have to wait and see, for real 🙂