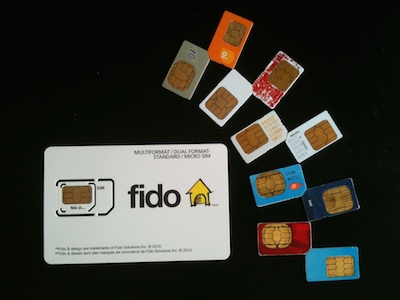 Since the dawn of the iPhone, Apple has tried to shun away from operators, however reality says they’re a necessary gatekeeper to deal with. For the time being, it will continue to be this way as the operators lease the cellular frequencies on each country.

As always, I like to look back to know where we come from and possibly where are we going.

When cellular phones were starting to be used widely, at least on the AMPS, NAMPS and TDMA networks, each device had an ESN (Electronic Serial Number) or something similar. This was the internal number that the operator equipment used in order to process a call and related chores. It was part of the protocol. Since different operators could have different protocols, a phone sold by one operator was effectively locked to that company. It wasn’t possible to put it to work with another operator as the ESN was controlled by the original operator and quite possible the other one used another protocol, with which the original phone device was incompatible with.

It doesn’t take an analyst to know that the previously described situation created a mess. Specially in Europe, with people crossing borders frequently due to small size countries. With each country having their set of operators and in turn each having their individual protocol, according to their equipment. It was rare that once a subscriber crossed the border of their countries, their phone continued to work. Again, that was a very rare scenario.

From the beginning GSM aimed to resolve this issue, by standardizing the communication protocol. So, subscribers can move freely between countries and operators, while the phone device and subscription continues to be active. Also, GSM make one importan design decision: It separated the subscriber information from the phone device, no longer a phone device was being attached eternally to a subscriber and viceversa. This brilliant move was called: Subscriber Identity Module (SIM). This was by design.

Because of this simplicity and efficiency, GSM became the world standard for cellular communications.

However, in order to attract more subscribers, operators subsidize the price of the phone, or at least finance it. So, they needed a way to lock-in their subscribers. It’s not fair for the operator A to subsidize the price of the phone, and then in the end that phone ends up with a subscription (and revenue) on operator B. They way operator did this was by locking the phone. Essentially instructing the phone to only accept their “brand” of SIM. It was a sort of ESN locking revived. This lock-in had a workaround of unlocking the phone, which is not a direct procedure but it’s still possible. Of course, later the operators abused the lock in procedure, but that’s another conversation.

The thing is, even with the lock phone limitations we currently have, it is possible to use your phone with other operators. This is specially useful when one travels, because roaming charges can be expensive. One option to this is to buy a local pre-paid SIM. Insert your new pre-paid SIM, and you’re set! From our part it is on our interest that users are always connected, as our app (Terra Icons) is an online app.

Now Apple introduces the Apple SIM, which is present on some variant of iPads. The concept of internal SIM is not that revolutionary, I worked on an M2M (machine-to-machine) company that build a product that had among its feature, a reprogrammable SIM. It’s a brilliant product. This reprogrammability, allowed the company to change the SIM subscription without anybody ever touching the device. Everything was done remotely, completely transparent to the end user. However, we are talking about a device, that was not design for human interaction at all, thus the M2M acronym.

Apple devices are meant to be used by humans, and yes, changing SIMs it’s not intuitively, but it’s not impossible neither traumatic. Changing SIMs has worked perfectly for the last 20 years of the GSM standard. With the Apple SIM, changing or moving subscriptions are still possible, but with Apple intervention, a third party has been introduced in a process that depending on who you ask, might not be necessary. And more importantly, Apple will only activate (provision, on industry jargon) this iDevice, as long as Apple has an agreement with that operator the person needs or wants. What happen if the user wants to use the iDevice with an operator that doesn’t have an Apple agreement? That case could be rare, but it could happen.

That’s why the GSM standard has a SIM card.

UPDATE October 29th: It appears that the current iPads that come with an Apple SIM, do still support manually inserting other operators SIMs. For the time being, this solution doesn’t circumvent the SIM initial concept, however, the writing is on the wall.