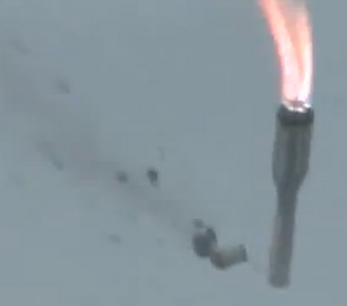 As you may know, Google+ has not been the success most people expected. For sure, we don’t know what Google was expecting out of it, given their philosophy. However we know that the company has made a considerable effort trying to put it on front of our faces each time we use one of Google services. Even so, those actions have not help to elevate the adoption numbers to Google levels (i.e. more than a billion users), this to be consider a Facebook threat. Yes, Google+ its being used by hundreds of millions of people (including Mollejuo), but given the fact that the king of social media (Facebook) has more than a billion users, on that scale, those hundred of millions help little.

Many people have tried to figure it out, how come a product so heavily promoted from Google, have not reach stardom. Well, here we’re going to share our arm chair opinion on why this didn’t or might not happen.

The straightforward answer is: apps!

Is widely know that Facebook was not the first major social web site, as a matter of fact it came late to the party. Google entered that space before Facebook, with the now defunct Orkut. By the time Facebook enter to the market, MySpace was already a big success, really big! Many people have wondered what Facebook did (Mark Zuckerberg, for that matter) was so special to dethrone MySpace, and amplify their success to currently be one of the world’s top technology companies.

Zuckerberg did built something into Facebook that no other site had: Apps. By this we mean that Facebook from the beginning was a platform that allowed extensions of usage developed by third parties. It was (and is) a pretty good, powerful and flexible platform. With this, many developers had a new playground to try their ideas, all sort of ones were created. In turn, many game websites, geared their games into Facebook games, attracting people to use more the platform (Facebook) and so on and so forth. Thus, the snowball effect began. Is no coincidence that Zynga became huge, due to their Facebook games: FarmVile & Mafia Wars.

Facebook extrapolated this web success to the fast nascent mobile world, which of course helped a lot! Up until this day, Facebook SDK for integrating, tracking and giving an app social content, has not parallel.

Then it came Google+, trying to do everything Facebook did, but with less time to do it, albeit with far more resources Facebook had. Here comes the irony, Web apps for an specific platform is not something that Facebook pioneered. Google was one of the companies that embraced this feature in many of their platforms, like Google Docs for example. But for some reason, Google closed the possibilities of giving this same functionality to Google+, as a matter of fact they clearly stated that they were not going to allow games on it. Hence, no time waster feature on Google+? Why bother! Many people thought! 🙂

The thing on which Google is very open about: letting others use their platform to allow it to mutually grow, was the thing Google didn’t want others to do.

That’s our theory on why Google+ didn’t (or has not) reached the usage numbers Facebook had. The next question is how come Google didn’t allow this to happen, given the history of the company. That my friends, we’ll have to figure it out later 🙂