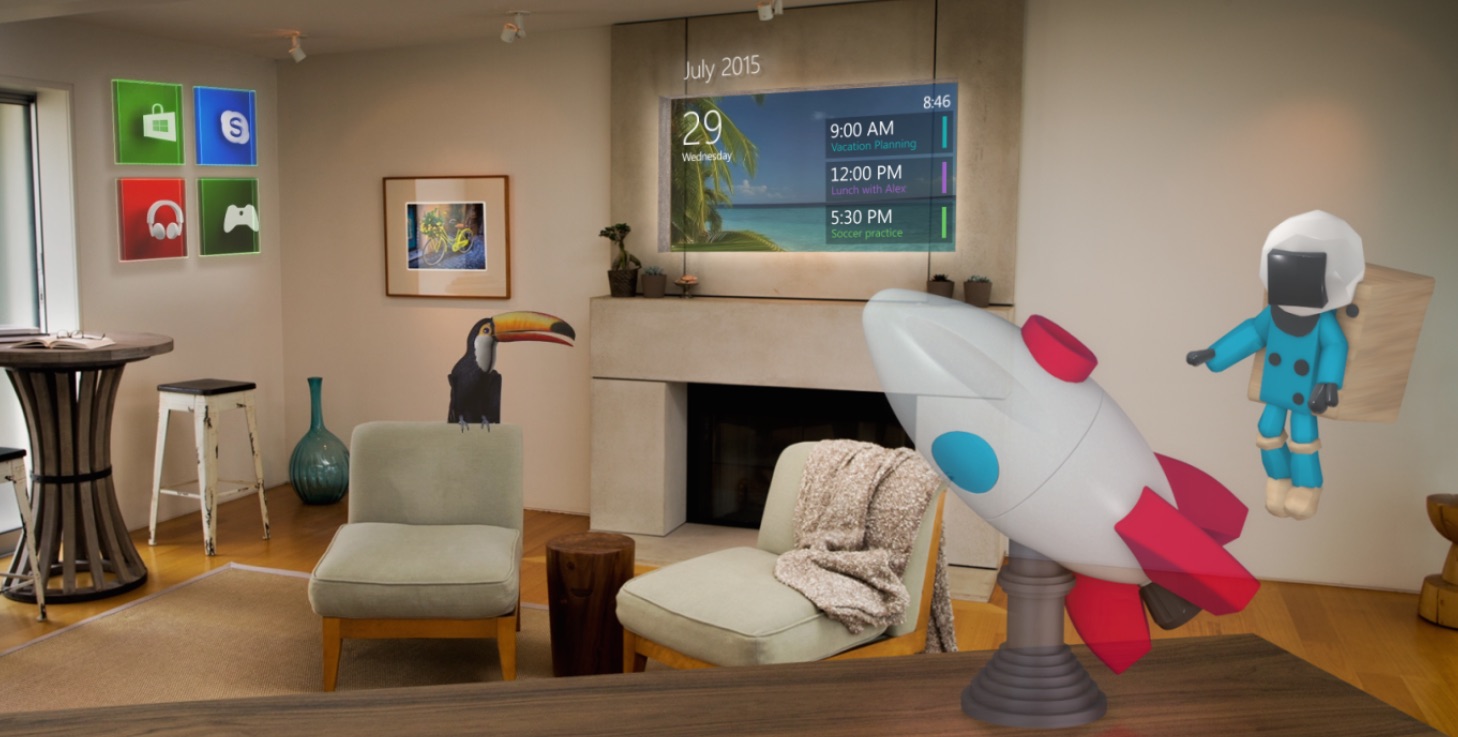 Keyword: triggers. Just until recently, computing devices (PCs, tables, smartphones, etc.) needed a physical object or information on where to overlay the augmented reality experience. HoloLens changes all this.

As always, it obvious today, but it wasn’t the case until not that long ago. Let’s see … The whole point of AR is to overlay extra information on top of the real world. Devices weren’t able to guess where to put this information on the screen unless they had a physical marker on which to lock-on and overlay the information there. Initially those markers where very similar to QR codes, because there were easy to recognize by the computing devices.

The trigger needs to be embedded within the application or loaded from the cloud, but the AR app couldn’t engaged in AR if it didn’t know on what, where and when to engaged. That was for image base triggering, where as we (Mollejuo) stick to geo base triggering for Terra Icons, which only requires geographical coordinates to trigger (overlay) the information. As Moore’s Law has got us used to, progress came on the chips capable of identifying these triggers.

The HPU is an array of sensors which enable HoloLens to identify the world around it. We previously mentioned that one of the key feature of HoloLens is the integration of Kinect. Well, the HPU raises the bar of Kinect + AR. What the HPU does is clearly identify the objects around the user, as objects, so HoloLens knows what are the physical things around this user. Therefore, any object around can serve as a trigger to overlay the information, as long as the HPU recognizes this object. On top of this, the HPU is capable of recognizing the orientation of the object as to properly overlay the AR on it. This is a huge change, because now AR design doesn’t need to evolve around the trigger itself (which has been an important limitation), now the user just decides on which object of their physical surroundings they want the extra information overlay to be displayed, and the HPU handles the rest.

Of course the use case scenario for this is limited to some entertainment cases, as more professional settings will still need the identification of the object to trigger the overlay (for example, a car engine), but, HoloLens also has a pretty good camera that facilitates this object identification. And -last but not least-, geo triggering, is still geo triggering. For geo triggering this change is not that significant, as it relies on the real location of a point of interest, not on where the user wants that information to be displayed.

In any case, HoloLens raises the bar on AR adoption and development, only good things can com from that! And yes! HoloLens continues the Post-PC era trend.